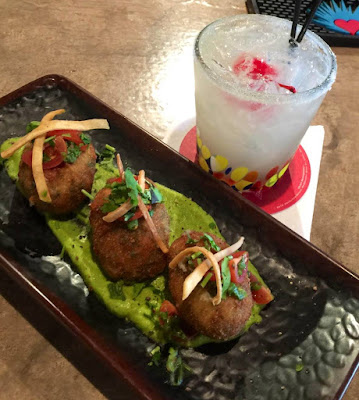 Indulge me for a moment. There's a lot of quirky history about the origin how tapas small plates came into being. Let me regale you with a few interesting tidbits about the evolution of its tradition...

Second, what is the definition of Tapas? Well, I browsed and peeked and looked everywhere. This is the best tapas definition I could find.

There's also the story that some experts believe that the name, tapa or tapas originated sometime around the 16th century. At that time, a few tavern owners from Castilla-La Mancha discovered that the strong, odiferous smell of mature cheese could help disguise the fact that they were serving bad wine from their establishments.

Unscrupulous practices? Yes, but the mouth-watering custom of tapas small plates was invented, according to this version of its origin.

Lots of people in his kingdom apparently would drink their meals (and we're not talking milk!) instead of eating their meals. You can only imagine what the streets must have been like at night, back in the olden days of Spain before the recovered king had his say.

So, between covering the wine with smelly cheese and covering the wine from dirty, germ-carrying flies, small plates evolved from these covering practices. Small plates can only contain small portions, thus, a small bite before a meal not only enhanced the appetite but had usefulness beyond the obvious.